First of all, I’m a fan of serendipity.  Let me explain …

This is the Springbok hooker Bismarck du Plessis, warming up for the match against Scotland in the 2015 Rugby World Cup in Newcastle, one of the two international rugby matches I watched in my life.

This is what he looked like in the match, a bit more dignified:

Bismarck is the guy on the right.  He has been in the (rugby) news lately in South Africa as his merits were discussed in an all-time best Springbok team.

And then last week I was on a hike passing the Bismarck tower in Heidelberg: 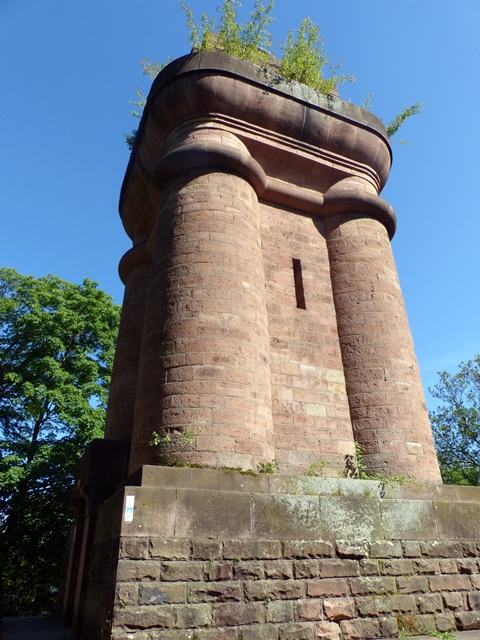 One of many, many monuments that were built in Germany to honour the “Iron Chancellor” Otto von Bismarck.  It is said that more monuments have been erected for him in Germany than for any emperor, king philosopher, or poet.  And this in mainly 20 years, from 1890 to 1910.  Somehow most of these monuments turned out to be towers but on the Feldberg, the highest mountain of the Black Forest, they build a kind of cairn with a relief of Bismarck:

In my hometown we only managed a bust – which has a curious history.  It was supposed to be melted down during the second world war when metal for grenades and the like had come into short supply.  It was only rediscovered in 1961 and now stands in a little, unassuming park. 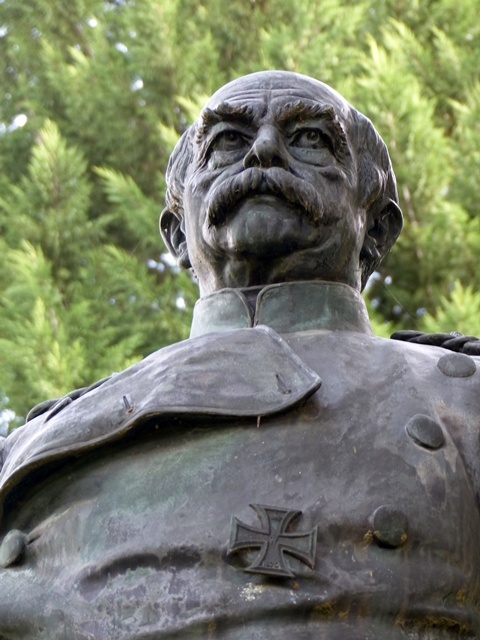 And then, there was that recent pub quiz (zoom version) where I scored biggly because I knew the name of the capital of the US state of North Dakota.

2 thoughts on “I’m a fan of Bismarck”

How to Make a Dutch Oven

Henry and the mice

Henry and the mouse

Adventures and Postcards from the road

Welcome to the Anglo Swiss World

All those moments will be lost in time, like tears in rain!

Something to Ponder About

Photos of my world and other stuff I hope you will enjoy too. Photos taken with Canon PowershotSX70HS Photos can be purchased.

Aroused by Arête, an eco-meditating logophile

This blog is my creative outlet where I can share my photos, my travels, my random thoughts and a bit of myself.

From Pyrenees to Pennines

Roaming, at home and abroad

Mostly photographs with some words by this arty scientist...

...out of a digital shoebox

The life of B

Mainly through the lens of a Nikon

To participate in the Ragtag Daily Prompt, create a Pingback to your post, or copy and paste the link to your post into the comments. And while you’re there, why not check out some of the other posts too!

AllWatercolors.com - All watercolors by Frits Ahlefeldt

My watercolour paintings of people, animals and places. And my art experiments in different watercolor techniques

Taking the camera for a walk!!!